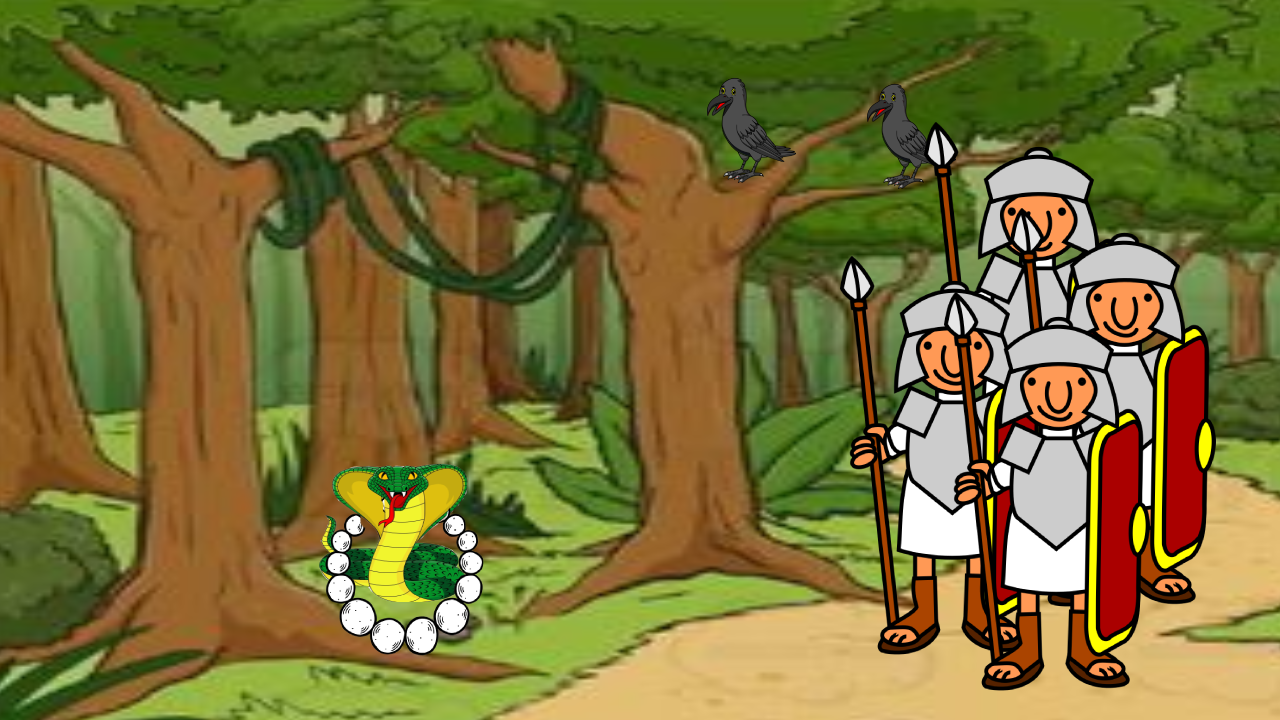 Once upon a time, there was a forest located beside a village. In the Forrest, there was a big tree, and on the tree, there was a nest of two crows. in the same tree there were quotes and in the quotes a black snake use to leave.

Many times the family of crow laid an egg, and though there will be children of them. But the black snake use to eat the egg. Seeing that both crows use to cry but they have nothing to do. And while it becomes extreme both crows started to thought about how to overcome the situation.

So they decided to discuss with a fox who use to leave under a tree located just beside the tree where the crow and the snake used to leave.

The two crows came to the fox and told him the situation in detail. Hearing that the fox advised that if they have to handle the situation then there is the only way to kill the snake.

hearing that both crows replayed that how can they be able to to that as the snake is stronger than them and the black snake may eat them also.

Hearing that the fox smiled and replayed that take a breath and wait for the correct situation and take the decision from the brain. and not get angry.

He also replayed beside the forest there is a village. and in the village pond, the king of the village use to take bath. and when the king will take bath they have to take a costly thing of the king and fly. He also advises dropping the thing into the black snake’s quotes.

While the thing will be taken by the army of the king they will kill the snake and your children will be safe but you have to fly high taking the thing as there is a huge risk.

Hearing that the lady crow flew towards the village and have seen that the king was taking bath in the pond and he has put his all clothes and the costly things besides the pond. The crow took the necklaces of the king and fly high.

Seeing that the king gave orders to his army to take back the necklaces . and the army started to run following the crow and they have thrown a stone towards the crow and it has not touched the crow as she was flying high.

As discussed with the fox the crow dropped the necklaces into the quotes of the tree where the black snake was leaving.

On the other hand, the family of the crow use to live happily and have laid eggs, and they have children now also.

Moral of the story: He has the power who use to take the decision from the brain.