Home » Fable » The honest poor woodcutter and the water fairy

The honest poor woodcutter and the water fairy 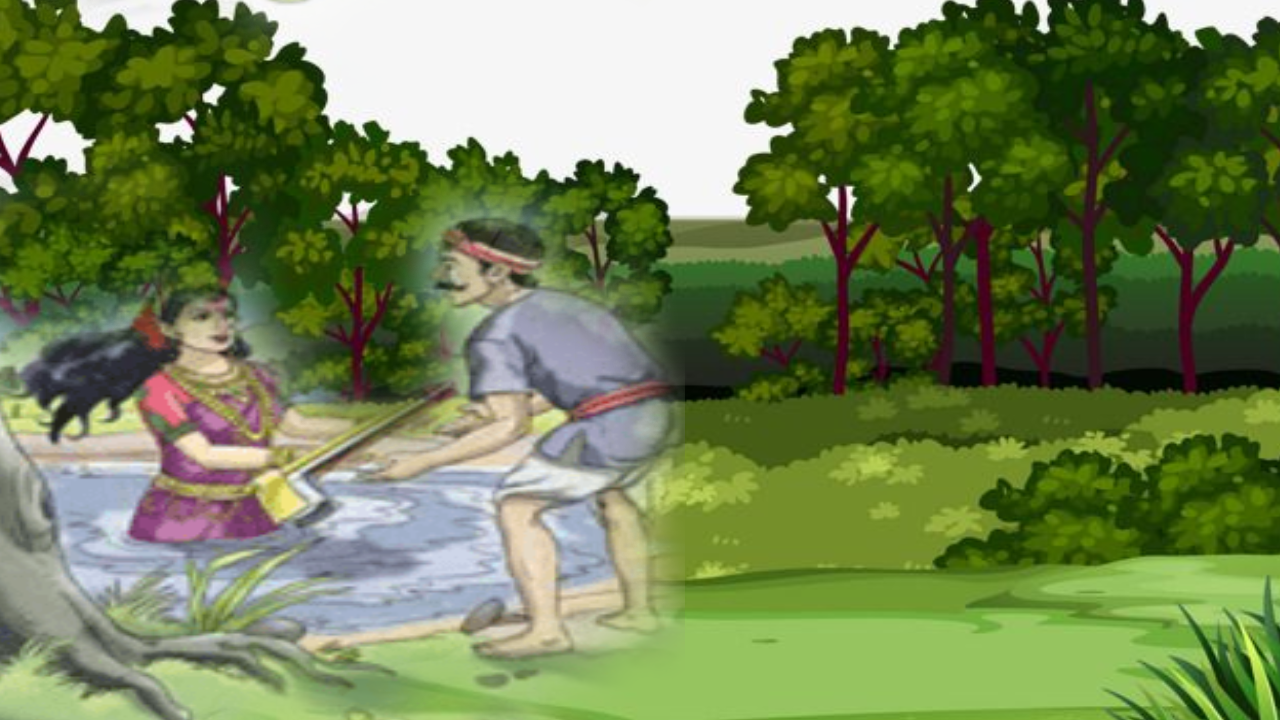 Once upon a time, there was a village and in the village, there was a poor woodcutter who used to leave. Though he was poor, he was honest. Every day he went out to cut wood in the jungle. He earned his livelihood by selling the cut wood from the jungle in the market.

One day he was cutting wood beside a river, and suddenly his axe slipped out from his hand and fell into the water. He did not know how to swim, and the axe was the only way of his daily earnings. He became very sad thinking that how he could earn his daily earnings.

So, finding no way he sat beside the river and began to cry bitterly.

Seeing this, the water fairy took pity on him. She appeared before him and asked the reason for his crying. The woodcutter explained to her how he lost his axe. After hearing all, the water fairy dived into the water and brought an axe made of gold. Seeing the axe, the wood-cutter told that it was not his.

The water fairy dived again and came out with a silver axe. The woodcutter again refused to take it as it was not his axe too.

For the third time, the water fairy went back into the water and came back with the real iron axe with a wooden handle.

Now the woodcutter smiled and replied that it was his and he became very glad and thanked her.

The water fairy was impressed seeing his honesty and offered him all three axes. And said the other two is a reward for his honesty.

Morals of the story: Honesty is rewarded everywhere.