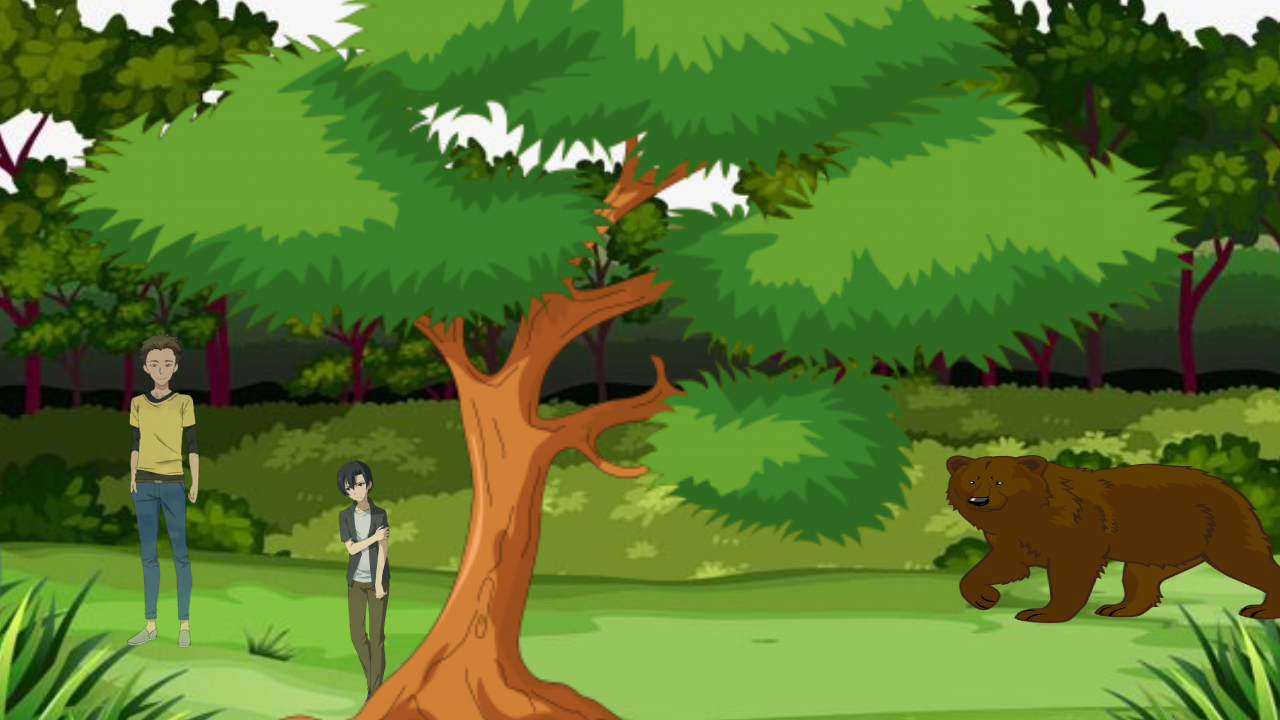 Once upon a time, there was a village beside a forest, in that village the two friends used to live. They were a very good friend and promised to help each other. One day in the evening the two friends were passing through the path of the lonely jungle located beside the village. In the forest there use to live many wild animals. After walking a while they saw a bear coming toward them.

The bear came near and smelt his body. He stopped breathing for some time. Thinking him dead the bear went away.

Seeing the bear going away, the first friend got down from the tree and said, What did the bear say into your ear?

The other friend replied The bear advised me not to trust such a friend who runs away leaving his friend in danger.

Morals of the story: A true friend never runs away leaving his friend in danger.