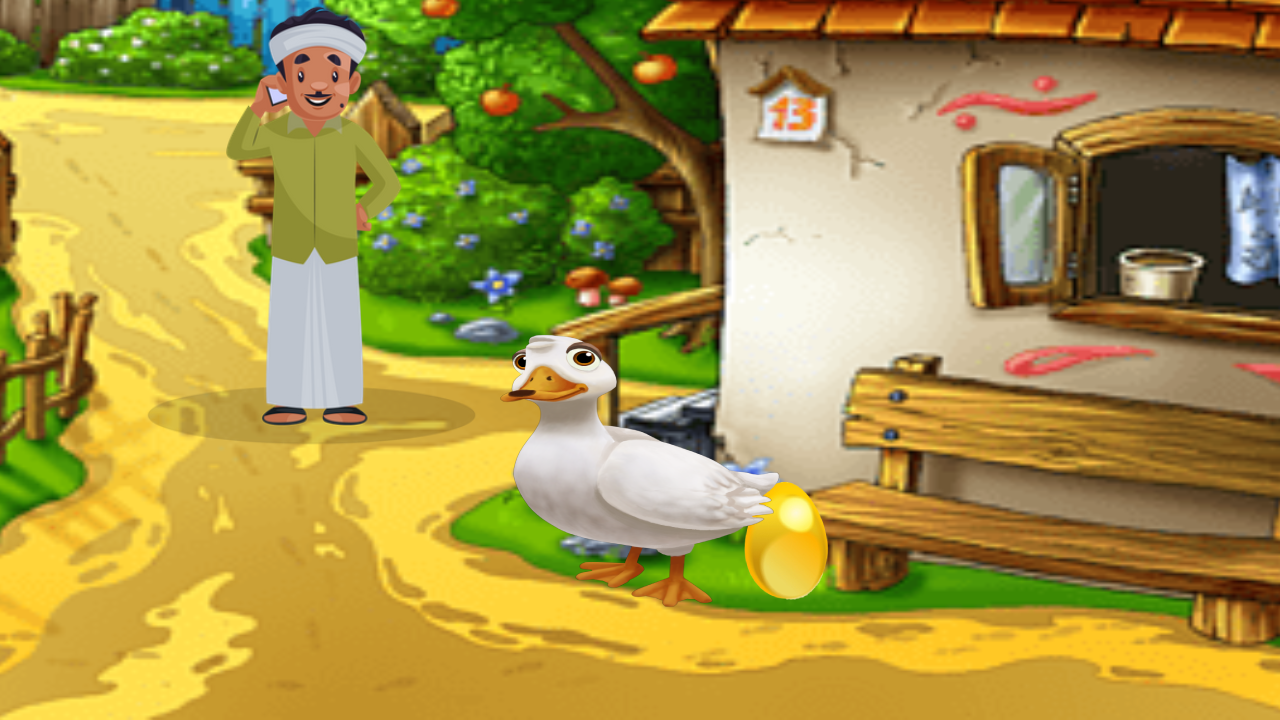 Once upon a time, there was a village, and there lived a poor farmer in the village. He had a duck. It used to lay an egg made of gold every day. The farmer sold them in the local market and within a short time, he became quite rich.

But his wife was very greedy. She always looked for money. She wanted to be very rich within a small time. She thought the stomach of the duck was full of eggs made of gold. She thought if she could get all the eggs at a time, she will become very rich very quickly.

So, there is no use in getting one egg a day- she thought herself. One day she expressed her thoughts to her husband and suggested he cut the belly of the duck. But the farmer was very wise and intelligent. He did not agree with her proposal. At last, the wife of the farmer hit upon a plan to get all the eggs.

One day when the farmer went to the field, she took a sharp knife and cut the belly of the duck. But alas! There was no egg in the belly. When the farmer returned home, he found the duck dead.

Now due to extreme greed and foolishness, they led their life with great poorness. Now the wife of the farmer realized her fault and understood that she brought misfortune and poorness to their family.

Morals of the story: Extreme greed and foolishness bring misfortune.