Home » Fable » The ant and the dove helped each other

The ant and the dove helped each other 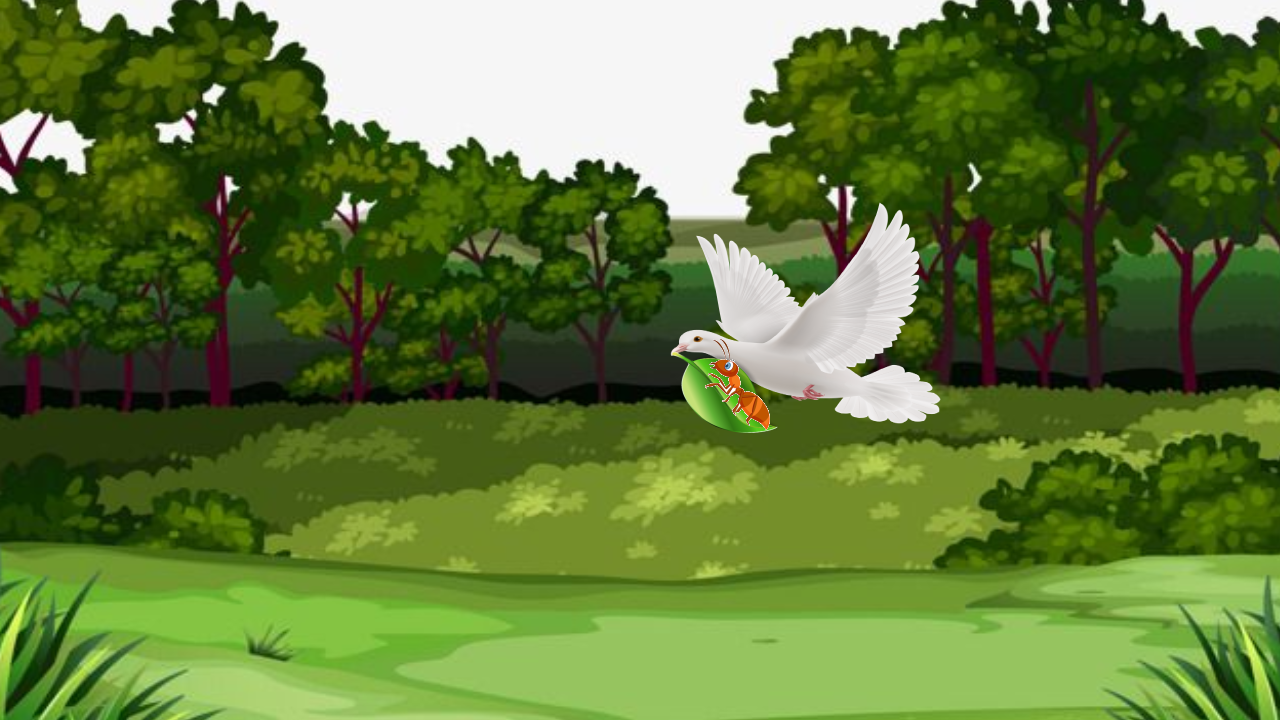 Once upon a time, there was a jungle, and the dove was living. One day he went out of his home in search of water.

As it was hot summer the ant could not find water nearby, so the ant went beside the jungle river to collect some water. He climbed on a small rock to collect water and tried to drink also, but suddenly the ant slipped and fell into the river.

The ant was struggling but failed to save himself from drowning in river water, There was a dove sitting on a branch of a tree who saw an ant falling into the river. The dove quickly plucked a leaf and dropped it into the river near the struggling ant. The ant moved towards the leaf and climbed up onto it. The dove took the leaf in her leaf and flew to a dry place and place the leaf with the ant in the dry place thus the ant was able to save his life. At last, the ant became safe. After that, the ant and the dove became good friends.

A few days later, a hunter came to the forest and found the dove on the same tree. He aimed his bow at the dove. At that time the ant noticed everything. It spotted there as soon as possible and bit severely on the foot of the hunter.

Being bitten by the ant the hunter could not shoot the arrow right target. As a result, the dove could fly away. Thus the ant repaid its owes to the dove.

Morals of the story: If you do good, good will come to you.  One good turn deserves another.