Home » Motivational » The elephant rope story – Mind is the ruler

The elephant rope story – Mind is the ruler 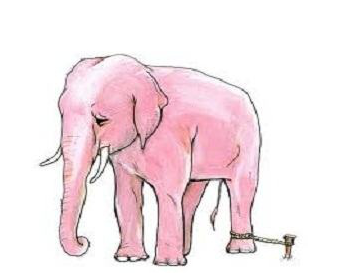 Till then the traveler has questions and the owner tried to understand the traveler he told that if an elephant falls into a drain it needs a crane to bring it up, but in the circus when the ringmaster ordered an elephant it stands up in a boll where is not so much space for keeping the elephants 4 legs also. similarly, when a man is lost in a forest he tried to make himself safe by fire, he uses to make a fire camp and it helps to stay far from the animals, but in order of a ringmaster tiger also uses to jump through fire with huge flame.

Arunima Sinha was born in 1988. She was a national-level volleyball player who was pushed from a running train by some robbers in 2011 while she was resisting them. When the people and rail employees found her, she was in a very bad condition and her life was in danger and she was taken to the hospital. And one of her legs has to be cut off below the knee to save her life. When she got back her seance she found that her one leg was gone, And that time she decides to climb up Mount Everest. She aimed to climb all the continents’ highest peaks and hoist the national flag of India. She has already done six peaks: Everest in Asia, Kilimanjaro in Africa, Elbrus in Europe, Kosciuszko in Australia, Aconcagua in Argentina, and Carstensz Pyramid (Puncak Jaya) in Indonesia.

The moral of the elephant rope story: The mind is the ruler, set your mind with all your force for the goal and you will get it