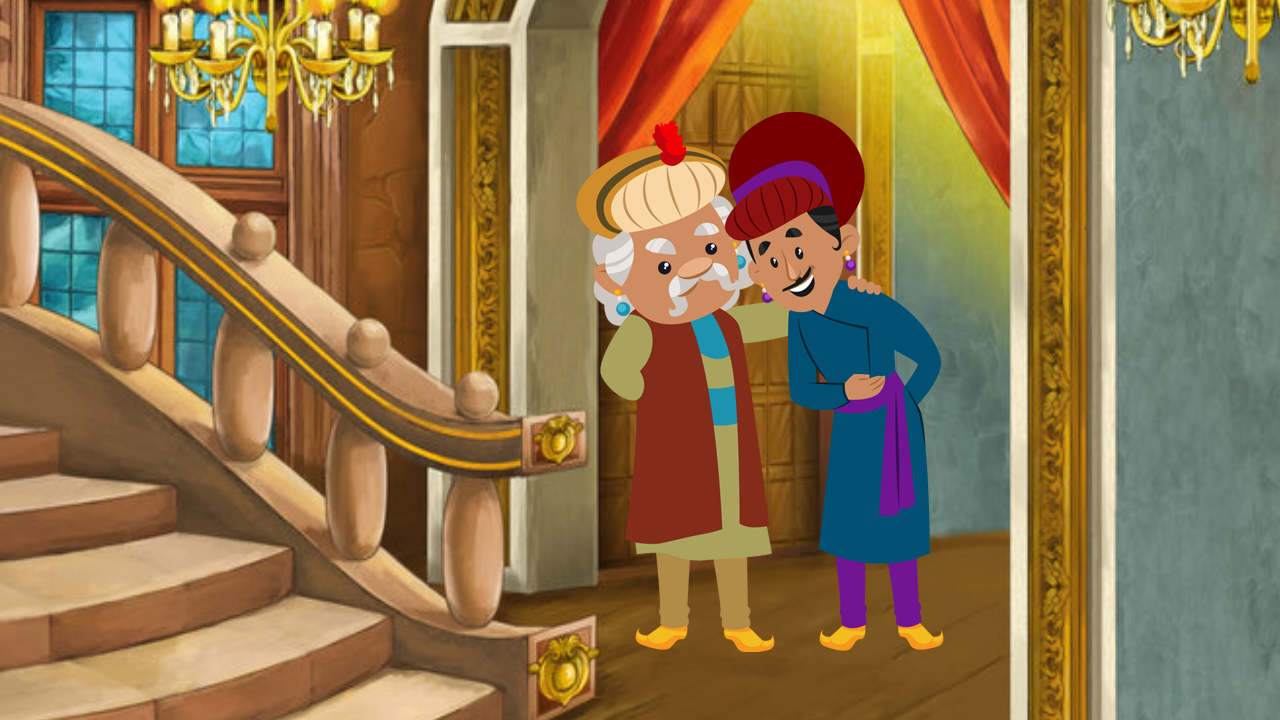 Hearing that Birbal replied not to worry, he is going to find out the ring soon.

Birbal also said that the ring is in the court itself, and the ring is with one of the courtiers. The courtier who has a straw in his beard has the royal ring.

The courtier who have stolen the ring was shocked and moved his hand over his beard. Birbal noticed the activity and asked the King to search the courtiers pointing toward the courtier.

Akbar immediately orders to search the courtier and find the royal ring. Akbar was shocked and could not understand how Birbal had managed to find the ring. Then Birbalexplained to Akbar that a guilty person is always scared.

Morals of the story: A guilty person has to stay in fear.