Home » Fable » The advice of God: Do work properly

The advice of God: Do work properly 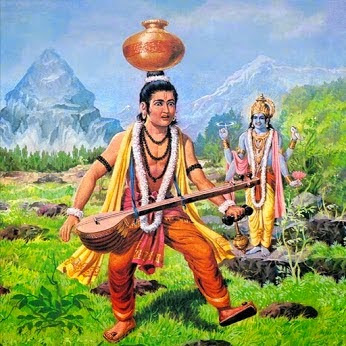 One day there was a meeting of gods in God Indra’s capital, so all god came to there including Narada Muni, there was too much talking, suddenly one god asked a question that who the true devotee of Lord Vishnu.

Many of them imminently replayed that obviously the Narada Muni who use to take the name of the God Narayana all the time. Some of the gods has not become angry with that. So they decided to go to Lord Vishnu and ask him about that.

So they came to the Lord Vishnu’s House and described all situation in front of him. And hearing all Lord Vishnu told that there was a farmer in a village who is his true divot.

Herring that Narada Mini become angry and asked Lord Vishnu that how can it be possible while all the time I use to take your name and you are all for me.

Then The God Vishnu replayed In the correct situation I will take a test. And after a few time left of that. one day God Vishnu called Narada Muni, and given him a pot of oil and asked him to move towards him for 7 times. The pot was totally full as one more drop will no be stored there and asked Narada Muni that One drop of oil must not fall into the ground.

Narada Muni was started to move towards him or rounded him 7 times and have not dropped one drop of oil also. and completing the 7 times Narada Muni told Lord Vishnu with very joy that he had successfully completed his order.

The farmer uses to work as much as he can and sometimes while he can able to make some time with difficulty he just uses to take my name for once or twice, but he did his work carefully and also he has not forgotten me. so he is the true devotee of me.

Moral of the story: Gog also wants that a man will do his work properly and with concentration.