The salt seller and the foolish donkey : If you avoid your work it becomes a hill of work 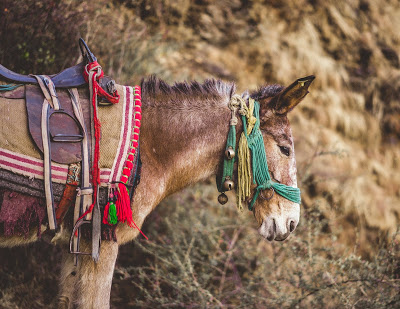 Once upon a time, there was a salt seller in a village, the salt seller has a donkey to carry the salt.

Both the donkey and salt seller have to cross a narrow bridge to reach the next village to sell the salt.

One day when the donkey and the salt seller were crossing the river, the donkey fell into the river. As in the bags, there was salt so it mixed with the water and the bags become relatively less heavy, which was easy to carry for the donkey.

But the salt seller getting loses every day for the donkey. So one day he thought to carry cotton instead of salt. but the donkey has done the same and jumped into the river by showing as it has fallen.

but that very day the cotton became heavier due to mixed with the water and it was too heavy to carry for the donkey. But he has to carry the weighted cotton. and finally, the donkey became too tired to die due to his foolishness.

Moral of the story: If you avoid your work it becomes a hill of work.